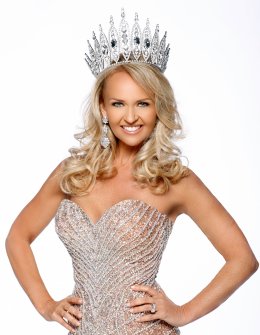 Sarah Bazey captured the title of Mrs. International® 2012 as she competed with 54 other accomplished and beautiful women from around the world at the 25th annual Mrs. International® pageant on the North Shore Center for the Performing Arts stage in Skokie, Illinois. Sarah was crowned by her husband Joseph, which is a time honored gesture of the Mrs. International® Pageant.

As a Harvard Business School graduate and an accomplished business professional, Sarah is the owner and president of Minneapolis-based Simplex Construction Supplies, Inc., which also celebrated its 25th anniversary in 2012.   In 1994, Sarah chartered a helicopter to survey a concrete paving project for which her company supplied construction materials; the flight ended in a horrific crash.  Belted inside the helicopter and dowsed in jet fuel, Sarah suffered third-degree burns over 40 percent of her body when the helicopter exploded.  She went on to endure 15 surgeries, 18 months of therapy and countless medical procedures.

Today, she proudly serves as Vice President of the National Board of Trustees for the Phoenix Society, a national, nonprofit organization dedicated to empowering burn victims through support programs, education and advocacy.

“I’m so honored to represent the Mrs. International® system and the group of amazing married ladies they embrace,” said Sarah.  “Through my new role as Mrs. International®, it is my mission to connect the burn community throughout the world – including the family and friends of burn victims and the medical community – to help others as they journey through the pain and fear associated with these injuries.”

Sarah also has served as a volunteer at Regions Hospital in St. Paul, since 1995 helping other burn patients.  In 2001, the Phoenix Society launched its Survivor Offering Assistance in Recovery (SOAR) program and she has continued to volunteer at the hospital through this program.  Additionally, she has traveled throughout the United States and internationally as a keynote speaker for the World Burn Congress, American Burn Association, as well as, other organizations.

Sarah resides in downtown Minneapolis with her husband of nine years, Joseph, and their beloved Maltese, Tonka.  In addition to her work with the Phoenix Society, she is an active volunteer for the American Heart Association’s Go Red for Women program, which International Pageants sponsors on a national level through volunteer support and fundraising.  Sarah also donated funds to build the Leonard Wojtowicz Skating Park in Scandia, MN in honor of her late father and is the director of the Leonard Wojtowicz Memorial Scholarship Fund.

Sarah is a professional figure skater and in her free time, enjoys participating in outdoor activities such as downhill skiing and mountain hiking with her husband, reading and yoga, and has participated in pageants since 1983. 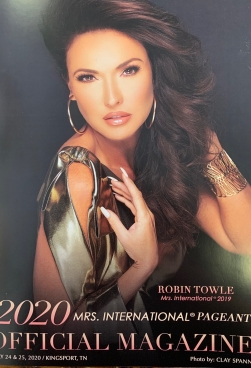 The 2023 Mrs. International Magazine
Learn all about the 2023 competition 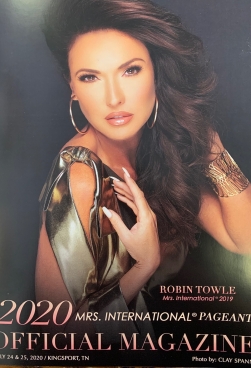 Paying For Contestant Fees?
Sponsor a Contestant or pay for your contestant fees...

Don't miss out on news from the International Pageant!